Social and online gaming has been a topic which has  created a huge divide in the gaming industry.  When gaming went social and users were able to  communicate, and share experiences online this opened gamers up to a world of possibility but also exposed them to a world of harm. Gaming going social was great as it gave those who normally would not interact with people, and maybe weren’t comfortable playing video games with others the opportunity to do so . Online gaming gave gamers the opportunity to make friends worldwide, and meet others who shared similar interests in game genres, and interact in ways that would  never have been thought possible . Moreover gaming going social allowed gamers  to constantly be connected to their friends whom they may not be able  to visit to play games with on the regular,and allows them to still share that experience. 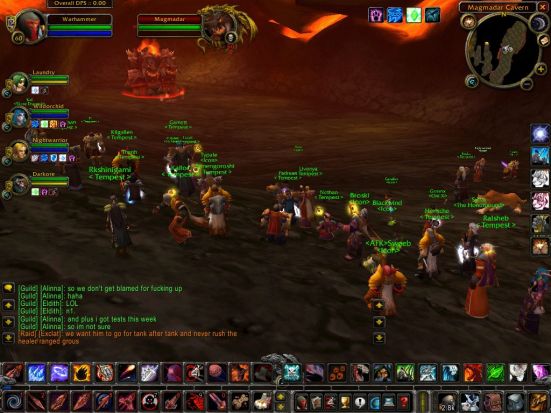 However with the advent of online and social gaming we began to see issues which were not anticipated beginning to form , for instance we now have people using these online games as a way to steal from others . I had a friend that has actually gotten into a “relationship” by playing these online games such as World of Warcraft and has had money and goods stolen from him by  people he thought he could trust that he had met in  game. Furthermore we began to see people becoming addicted to the social experiences that were being formed , there have been stories of people losing jobs and loved ones due to being so engulfed into these online games that they don’t realize that their life in the real world is being jeopardized as seen here .

Furthermore online gaming has opened up gamers to a lot of verbal abuse and bullying they would otherwise not be open to by playing video games offline . Any gamer who has played any kind of shooter, or role playing game online knows the 12 year old kid spewing racial epithets and  joking about people’s mothers the whole match . Online bullying has become a huge problem which grew with the popularity of social media, and the video game space is not exempt from that and this is a poignant issue in online gaming. What is your take on  the social aspect of online gaming ? Do you think online gaming has done more harm than good?

Online gaming and you:

Do you or anyone you know play online games? If so which ones , and do you think they positively or negatively effect users? Please leave a comment below discussing your experiences with online gaming !

10 thoughts on “The Peaks and Valleys of Online Gaming”